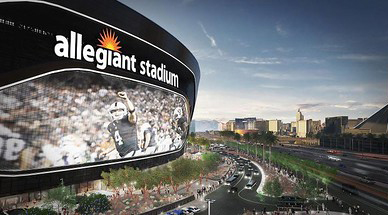 The NFL Pro Bowl will be played January 31, 2021 at the Las Vegas Raiders’ new Allegiant Stadium (l.). The league also has selected the city to host its 2022 draft.

It was the city’s second big score from the league, which said it also will be bringing the 2022 draft to Las Vegas.

The casino mecca was supposed to host this year’s draft, then the Covid crisis hit, and the weeklong event, which would have been held in and around the Strip in April, was conducted by videoconference instead.

The Pro Bowl, which was held in Orlando, Florida last year, will be played at Allegiant on January 31, three weeks after the conclusion of the NFL’s regular season, which will feature the Las Vegas Raiders’ debut season at the 65,000-seat domed stadium.

The Pro Bowl, a major event on the U.S. sports calendar, functions as a kind of run-up to the Super Bowl and is accompanied by a variety of events, including NFL Flag Championship games, AFC and NFC team practices and the “Pro Bowl Skills Showdown,” where top players from each conference compete as individuals.

“Pro Bowl week is a celebration of the best the NFL has to offer, and there is no better place than Las Vegas to celebrate and honor the league’s biggest stars,” said Raiders President Marc Badin. “The NFL, the (Las Vegas Convention and Visitors Authority) and the Raiders look forward to a world-class event that will set the standard for future NFL events in Las Vegas.”

The LVCVA is partnering with the league to market the event.

Caesars Entertainment, the NFL’s “Official Casino Sponsor,” also will be looking to make the most of it.

“The Pro Bowl and draft will be national showcases for Las Vegas emerging as a top professional sports city, and we’re excited to be part of that evolution,” a spokesman for the gaming giant said. 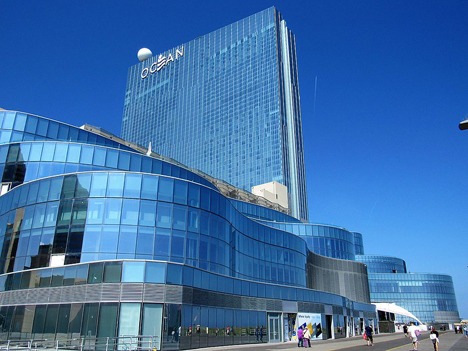 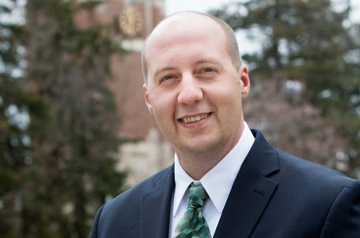 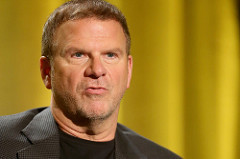